Want to boost your earnings working locum tenens? Then consider taking an assignment in one of this year’s highest paying states for locum tenens physicians. We partnered with two of the largest locum tenens staffing agencies in the U.S. to determine which states are paying higher than average rates for locum tenens. Here are just a few of the reasons behind the higher pay.

Not only does Mississippi rank number one for top pay for locum tenens physicians in 2022, it’s also brand-new to the top 10 list this year. What’s driving this huge pay jump for Mississippi locums? Mississippi has fewer active physicians per capita than any other — just 178.6 per 100,000 people, according The Association of American Medical Colleges’ 2021 State Physician Workforce Data Report; the average is 247.5 patient-care physicians per 100,000 nationwide.

To address the problem, Mississippi legislators even considered allowing doctors who work in those areas to be exempt from paying income taxes for 10 years. No matter how you look at it, Mississippi needs doctors and locum assignments are paying 140% above the national median for physicians in the The Magnolia State.

In South Dakota, primary care physicians are only available to residents along Interstate 29 and in the Black Hills area. The number of active patient care physicians in the entire state is 229.2 per 100,000. This means that many patients outside of these areas must travel long distances for healthcare, even if it’s an emergency. Plus, with winter temperatures that drop well below zero, it can be difficult to recruit locum tenens physicians from balmier states to relocate there. One way South Dakota competes is with pay, which is 139% above the national median for locum tenens physicians.

Kansas comes in third on our list of highest paying states for locum tenens physicians in 2022, down from last year’s number one spot. But even with the drop in ranking, the state is actually paying higher for locums this year — 133% of median compared to 127% of median last year.

Like many of the other states on this list, Kansas faces a severe shortage; out of 105 counties in Kansas, 92 counties are medically underserved according to the most recent report from the Kansas Health Science Center. Kansas has a medical school, but struggles to retain doctors after they graduate; just 38% of medical students remain in Kansas. This shortage of care leads to a premium for locum tenens physicians, especially in rural areas.

Vermont is new to the top 10 this year, paying 130% of the national median for locum tenens assignments. How did this little state make it onto the top 10 list for pay? One reason may be a new study ranking Vermont as having the most critical hospital staffing shortage in the nation — 69% of hospitals in the state reported critical staffing levels.

Like everywhere, Nebraska is struggling with the physician shortage. The number of doctors practicing in the state decreased from 257.7 to just 249.8 per 100,000 residents from 2019 to 2021. OB/GYN doctors are especially underrepresented, with nearly half the state’s counties lacking adequate access to women’s care.

Another challenge: More doctors in Nebraska are nearing retirement age than in most states. Nearly one in four doctors in Nebraska are over 60, and many plan to retire soon. The state desperately needs locum tenens physicians who can bring their diverse skill sets, experience, and background with them as they care for Nebraskans.

West Virginia is another state that’s new to the top 10 this year, paying 126% above the median pay. This rise in demand for locums correlates with the state severe physician shortage; more than 40% of hospitals in West Virginia are dealing with critical staffing shortages. State leaders are quick to point out that locum physicians, APPs, and travel nurses have helped West Virginia avoid closing healthcare facilities at a rate some other states have experienced.

Colorado is facing similar doctor shortages. Although doctors per 100,000 residents is at 278.3, the share of doctors nearing retirement age at 29%. When rural areas are factored in, Colorado’s shortage is much more severe, especially for primary care physicians. The rural shortage is expected to get even worse as many current physicians still practicing in those areas near retirement age.

Florida’s physician shortage is not just primary care and rural areas. While those are seriously affected, the state is expected to need 57% more vascular surgeons, 43% more colorectal surgeons, 55% more emergency medicine physicians, and 40% more radiation oncologists by the year 2035 than will be available by today’s projections.

With the looming shortage, and an aging and growing population, Florida is turning to locum tenens physicians for many specialties, including the higher-paying ones, such as orthopedics and cardiology. On average, Florida is paying 125% of median pay for locums.

Missouri has a growing population, yet since 2005, eight rural hospitals in Missouri have closed. Missouri has invested five million dollars toward reducing the physician shortage, but for now, there are only 56 doctors for every 100,000 rural Missourians. Nearly every county in Missouri is short of primary care providers, according to the federal Health Services and Resources Administration. To attract locum tenens physicians, Missouri pays 122% of the national median.

Delaware is one of only four states that doesn’t have its own medical school, which means it produces fewer newly trained physicians who will stay in the state. There are three counties in Delaware, and all of Sussex and Kent county as well as a few areas of New Castle county have been federally designated as medically underserved. It’s likely the physician shortage in Delaware is only going to get worse: nearly 30% of physicians in Delaware say they’re planning to retire within the next five years. Physicians who take locum tenens assignments in Delaware will earn an average of 122% of the national median for locums pay.

If you’re looking for higher pay for your work as a locum, this year’s list of top-paying states for locum tenens physicians all pay well above the average. Physicians willing to work assignments in high-need and rural locations find that locum tenens can be a lucrative career option and a great opportunity to apply your skills where they are needed the most.

This post is sponsored by locumstory. Check out the original article here.

Can I work part-time locum tenens if I have a full-time job? 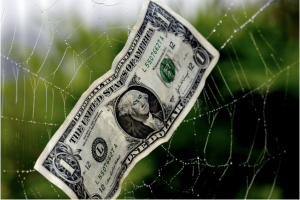